If you are serious about your project, you will understand that a single image or video clip taken from a unique perspective can instantly grasp the viewers attention unlike any other imagery.

With aerial filming in Devon using the very latest remotely operated UAV Drone technology combined with high definition cameras, Eye Sky Media can frame your subject matter from a new perspective. We can capturing the imagination of the viewer. With aerial filming we can reach many places a helicopter can’t and at a fraction of the cost and short notice.

Imagine for a moment… the possibilities with aerial filming Devon are endless. 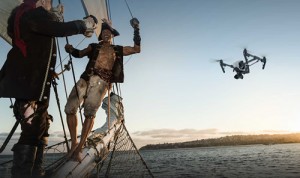 Besides aerial filming Devon work, we also capture high quality ground level video footage and photograph stills and have green screen capabilities. We also have one of the best audio sound recording studio facilities in the South West, established in 1993 where, working with voiceover talent we can record voiceovers for your production.  Learn more…